Researcher Stories
TYKS-säätiö / Researcher Stories / André Sourander, founder and director of the Research Centre for Child Psychiatry, is a distinguished and versatile researcher of mental health problems among children and young people. 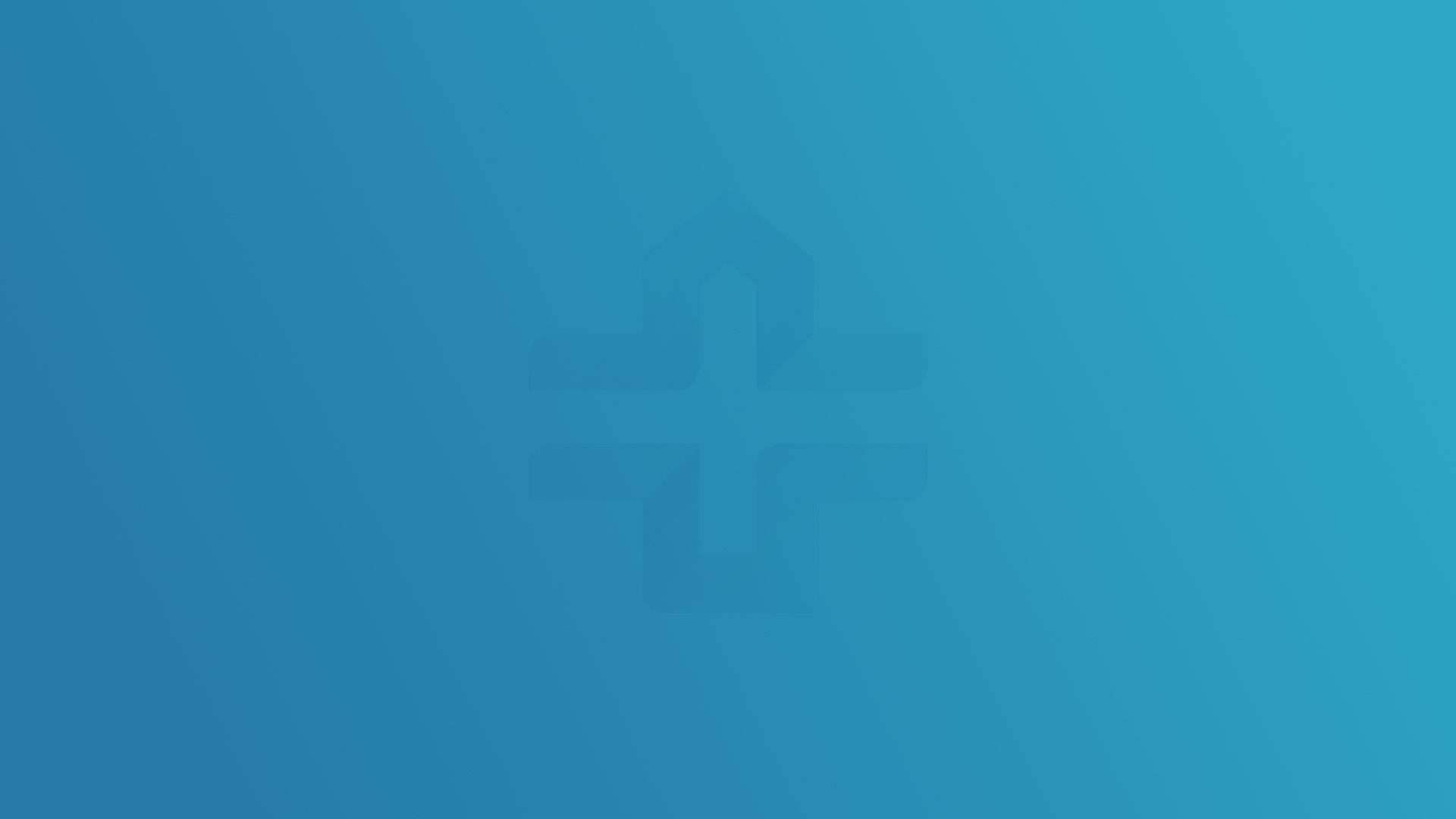 André Sourander, founder and director of the Research Centre for Child Psychiatry, is a distinguished and versatile researcher of mental health problems among children and young people.

The research conducted by André Sourander, Professor of Child Psychiatry, has grown into a research unit for child psychiatry consisting of 55 researchers in Turku. The unit’s achievements include the development of digital support services for children and parents that have been proven to be effective through research. They can be used to prevent children’s symptoms from developing into mental health problems in adolescence and adulthood.

Sourander’s research themes include psychosocial and biological risk factors for mental health problems, the well-being of children and young people, health behaviour and changes in them as predicting factors of adult well-being. The mental health skills of children and young people as well as the development of family-centred, digitally assisted, early-stage care programmes for risk groups have been a new type of opening that has applied research data in practice and produced good results.

Professor Sourander has led several epidemiological research projects: on the mechanisms that create mental health problems and the promotion of early identification and prevention. Through his long research career, he has also studied the creation mechanisms and development of psychiatric disorders that are significant for public health.

The roots of mental health problems are often in the childhood

The early stages of major psychiatric problems in adulthood often take place during childhood or foetal period.  Research has shown that when left untreated, childhood conduct disorder and the related symptoms, such as severe bullying, defiance and irritability, are significant risk factors for almost all psychiatric disorders (in particular substance abuse problems, depression, psychosis, bipolar disorder and personality disorders). The risk factors for poor life management, starting smoking and other substance abuse early, overweight, crime, suicide attempts and premature death are also elevated. The results were found in a study conducted by a group led by Sourander, which monitored the lives of 6,000 children born in Finland in 1981 from the age of 8 to the age of 41.

The cycle can be broken with early digital support

Under the leadership of Sourander, a model of prevention and early digital care has been developed to address the mental health and psychosocial problems identified as major public health issues by his research group.

The care is targeted at developmentally important transition phases from pregnancy until the young person becomes independent. Operating models for identifying risk groups in health care and schools have been developed during the research processes. Some of the operating models developed in the study have progressed to a stage where the model is studied as part of clinical practices in primary health care. Sourander’s research groups have been very open to using digital methods in the implementation of intervention programmes.

A group led by Sourander has developed the Voimaperhe operating model for early treatment of children’s behavioural problems. It combines screening at the population level at child health clinics and parental guidance offered to risk groups in a digital care environment via the Internet and by telephone.

Since 2015, the Voimaperheet operating model has been spread to different parts of Finland. Approximately 550 public health nurses have been trained to use the model in four-year-old children’s clinic appointments. Some 50,000 Finnish children have been screened and around 3,000 families have participated in the parental guidance programme, which is implemented centrally from the Research Centre for Child Psychiatry.

In Finland, the Itla – Itsenäisyyden juhlavuoden lastensäätiö foundation’s scientific Kasvun tuki (Early Interventions) data source, assessing the effectiveness of psychosocial methods directed at children, young people and families, has classified Voimaperheet as a method with strong documented effects and recommends adopting it in Finland. There are five methods with strong documented effects in use in Finland. Itla transferred the Incredible Years group-based guidance method under the Research Centre for Child Psychiatry in 2019.

Anxiety is the most common mental health problem in school-age children. An estimated 6–18% of school-aged children and young people suffer from significant anxiety, but up to 80% of these children are left untreated. Sourander’s research group has developed an operating model for treating children’s anxiety in a digital environment. The model has been the subject of an RCT study, and two years of monitoring will be finished at the end of the year.

27,400 children in grades 4–6 of comprehensive school have been screened in the scope of the study in different parts of Finland, and nearly 500 families have participated in an 11-week coaching programme or received a control group’s digital information package. Sourander also leads extensive intervention research on antepartum depression and research on the study programme for mental health skills developed for first-year higher education students.

Under the leadership of Sourander, the Eurasian EACMHS researcher network is developing a universal, fully digital parenting programme. A significant epidemiological study on children’s mental health problems has been previously carried out in cooperation with the researcher network. Approximately 40,000 children aged 13 to 16 from 15 European and Asian countries participated in the study.

Sourander has engaged in pioneering research cooperation in perinatal epidemiology, which has received significant international research funding (five NIH RO1 grants and two Centre of Excellence grants). The aim of the studies has been to investigate the link between prenatal and early childhood development and major later disorders, such as schizophrenia, bipolar disorder, autism, Tourette’s syndrome, ADHD, depression and anxiety.

The studies are extensive case control studies. There are approximately 37,700 depressed offspring in the depression cohort and 149,000 control cases, and more than 14,000 cases and nearly 55,000 control cases in the conduct disorder cohort. The study uses the Finnish Maternity Cohort (FMC) serum bank, which consists of samples taken and stored for the screening of infections during pregnancy. The data have been combined with Finnish register data in the case control set-up and the connection have been investigated between inflammatory factors during pregnancy, environmental toxins, tobacco metabolites, vitamin D and various hormones to neuropsychiatric diseases in the offspring, among other matters.

Additionally, a comprehensive population-based birth cohort study led by Sourander, funded by the Centre of Excellence, has shown that the mother-to-be’s use of SSRIs during pregnancy significantly increased the risk of the child developing depression compared to children whose mothers’ depression was not treated with drugs.

The Research Centre for Child Psychiatry established and led by Sourander operates in the University of Turku and TYKS. It was named the Unit of Excellence of the Hospital District of Southwest Finland in 2019 and 2020.  The centre has grown into a community of 55 employees in ten years, comprising researchers, doctoral candidates, statisticians, research nurses, family coaches, research coordinators and other administrative personnel. Additionally, 15 researchers work at the centre with their own funding. The entire research centre operates with external funding.

The centre is part of the INVEST research consortium for Inequalities, Interventions and New Welfare State, which is one of the Academy of Finland’s six flagship programmes and the only flagship at the University of Turku. The programme supports high-quality research with extensive societal impact. INVEST Child Psychiatry, led by Sourander, develops, evaluates and implements early low-threshold remote care programmes and digital programmes that promote mental health, targeted at different population groups.

The research unit also has a three-year implementation professorship donated to the University of Turku by the Itla – Itsenäisyyden juhlavuoden lastensäätiö foundation. It is one of the two professorships in the field in Finland. Exceptional implementation research creates a practical basis for developing the well-being of children and young people and preventing social exclusion.

The research centre produces scientific information in the field of child psychiatry, operates in various national and international research networks and contributes to the development of the service system and medical education.